Most Popular Places in Chikmagalur And Nearest Stays

Most Popular Places in Chikmagalur And Nearest Stays

Chikmagalur has played host to an event, thanks to which, countless Indians wake up to brighter mornings. Centuries ago, when the Sufi mystic Baba Budan smuggled seven coffee beans from Yemen into India, he probably didn’t bargain for millions of coffee junkies unwittingly blessing his soul everyday, with every sip of their coffee. Chikmagalur, whose hills nurtured the coffee culture at its bosom, is a green slice of heaven on a permanent coffee high.

Rambling hills, pristine pools, fascinating nooks and crannies with a shrine, intriguing caves, lush mists and dreamy woods make the geography of Chikmagalur. The journey to the highest peak in Karnataka is so engaging that you forget to be scared – when there is reason to be afraid, very afraid. The roads are tricky, yes, but getting to the top is worth the while. Just like the 10 km trek to the gorgeous Habe Falls is – its almost impossible by vehicle and is inaccessible in the monsoons. Despite all that coffee, Chikmagalur is far from a gracious host. You need to work hard to win her affections. Well, its not for nothing Chikmagalur was a princess dowry. When King Rugmagada Raya’s younger daughter was given away in marriage, she brought with her a pretty portion of the Western Ghats as her dowry, thus giving the place its name – Chikka-magal-uru or Younger Daughter’s Village. Long treks, safaris and breathing plenty of fresh, coffee-scented air – Chikmagalur makes you feel so good that you want to throw your arms around the world. 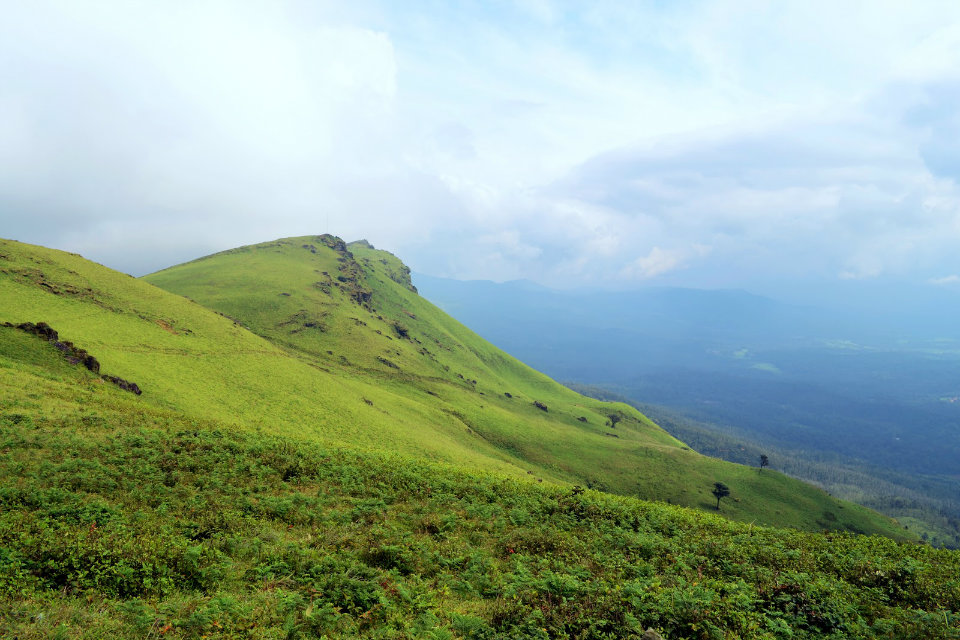 Located in Chikmagalur district, the picturesque hill station of Kemmanagundi is located at a height of 1434m above sea level. This was the summer retreat of Krishnaraja Wadiyar IV. Ringed by the Baba Budan Giri Range and blessed with silver cascades, mountain streams and lush vegetation, Kemmanagundi’s beautifully laid-out ornamental gardens, enchanting mountains and valley-views are a treat for the eye. The spectacular sunset view from the Raj Bhavan is a photographer’s delight. For the adventurer in you, Kemmanagundi offers many peaks to scale and intricate jungle paths to explore. 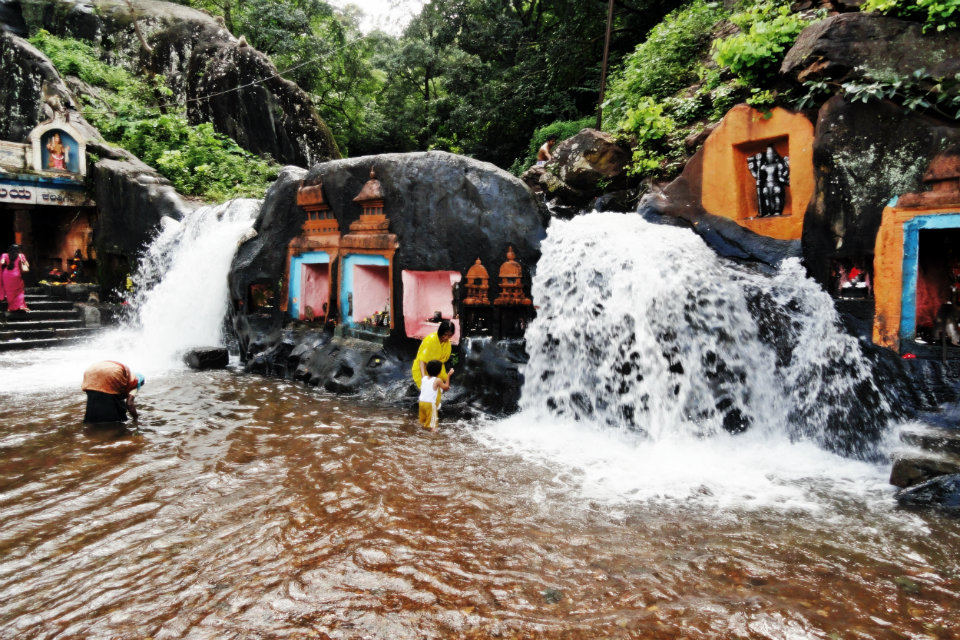 Water cascades from the top of the Chandra Drona Hill, plunging down from a height of 45m to flow before the Veerabhadreshwara Temple, dedicated to Lord Shiva. 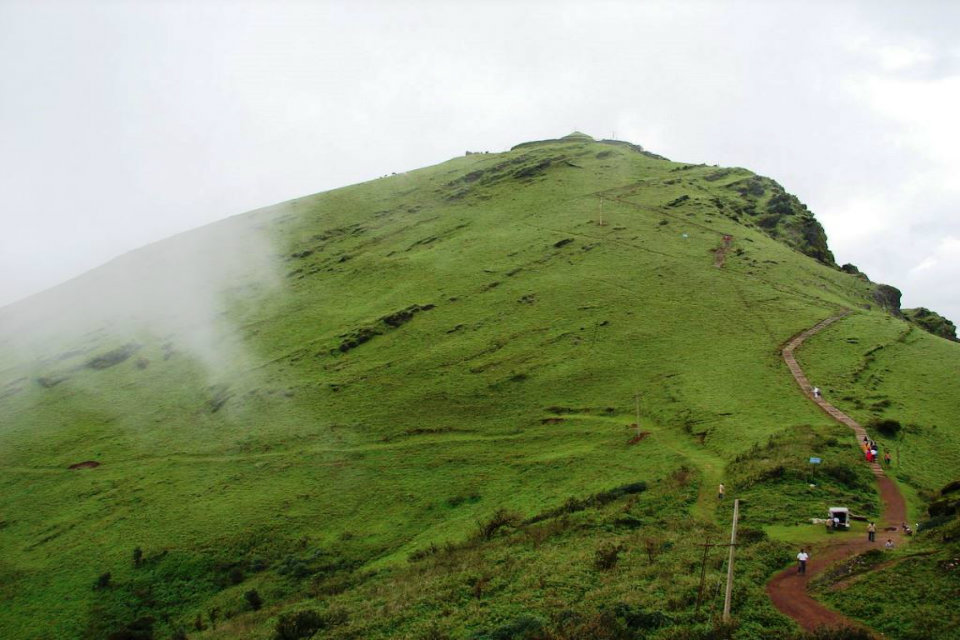 The highest peak between the Himalayas and the Nilgiris, Mulliyanagiri stands at a height of 1,930m (6,330ft). With two temples, one at the peak and one exactly half-way up, which legend attributes to a completed penance and half-complete one, you may drive or trek to get to the very top. And yes, to call the view breathtaking would be a gross understatement. 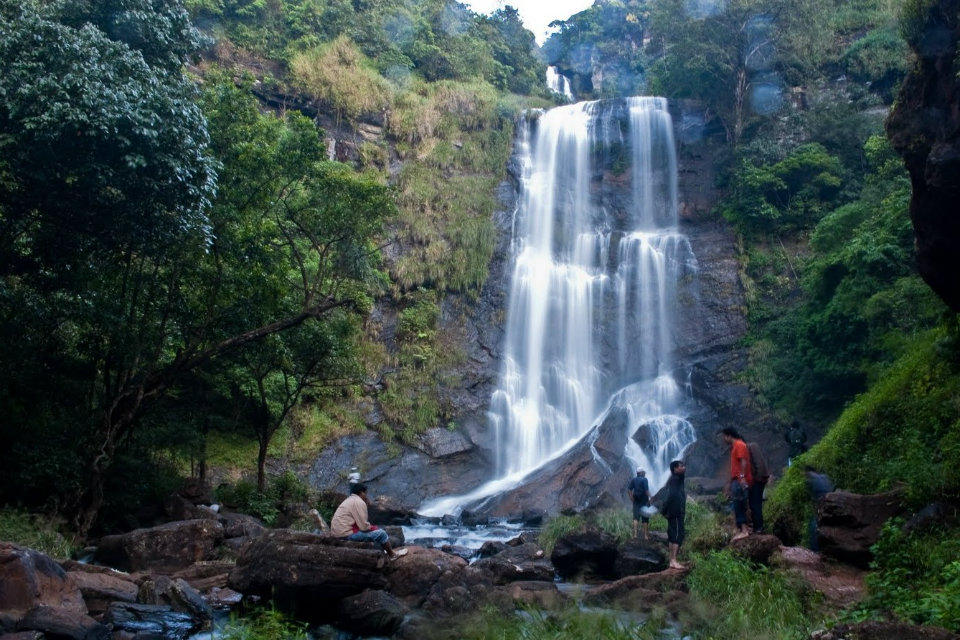 Hebbe Falls is located at a distance of 8km from Kemmanagundi. An exhilarating trek along a steep and narrow path leads you to these sprightly falls. Surrounded by dense forests and coffee plantations, Hebbe Falls gushes down from a height of 250 feet in two stages, to form Dodda Hebbe (Big Falls) and Chikka Hebbe (Small Falls). Dont miss a refreshing dip in this herb infused water.

The sanctuary takes its name from the Bhadra River, its lifeline. Popularly known as Muthodi Wildlife Sanctuary, after the village of its periphery, it is a great place to sight the tiger, observe the Indian bison, hear the strange calls of the striped hyena and spot the rare flying lizard. The southern part of the sanctuary is rich in birds, butterflies and reptiles. More than 250 species of birds, many of which are endemic to the Western Ghats, are spotted here. 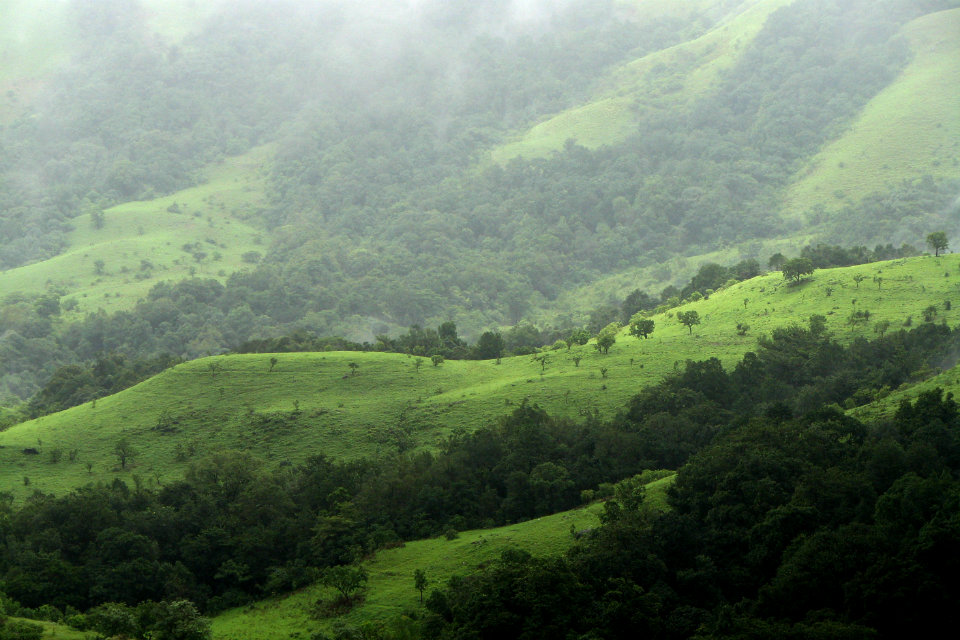 The Kudremukh, or Horse Face Range, gets its name from the unique shape of its main peak. The broad hills, 95km south-west of Chikmagalur town, overlook the Arabian Sea and are chained to one another with deep valleys and steep precipices. As yet undiscovered by tourists, Kudremukh is a trekker’s paradise. Let the wonderland of lush green forests interspersed with rivers, grassy slopes, captivating cascades, rare orchids, caves, ruins, and traces of old civilizations amaze you as you trek your way through it. The Lakya Dam located near the Kudremukh Project area is an interesting spot in the Kudremukh Range. Ganga Moola is another scenic spot in the Bhagawathi Forest; you can reach it by trekking. 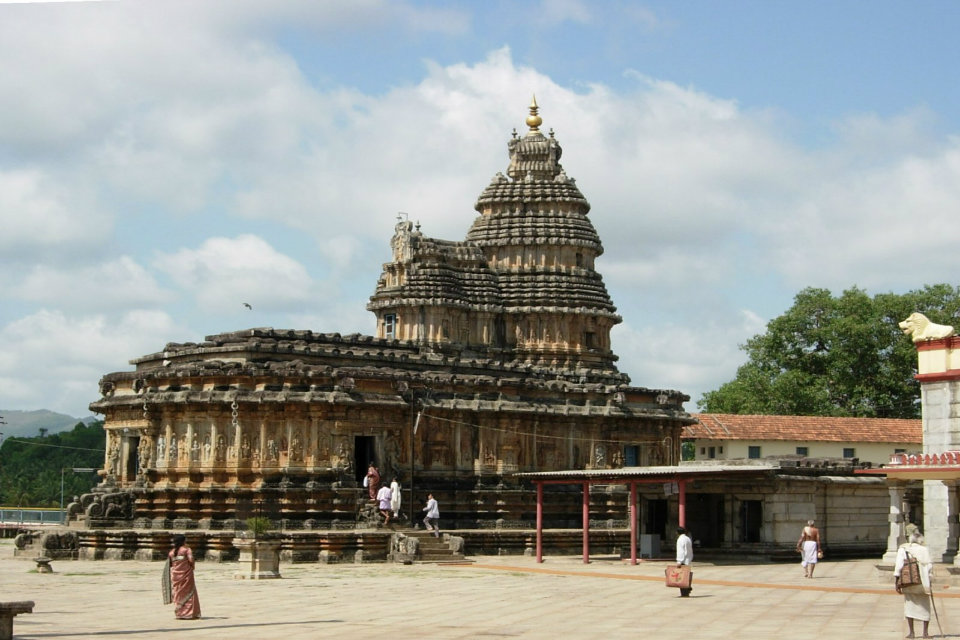 It is believed that this town was named after Rishyashringa, who figures in the famous Indian mythological epic Ramayana, as the chief priest at the sacrifice of King Dasaratha. Sringeri, where Adi Shankara, the founder of the Advaita philosophy, discovered a cobra sheltering a frog from torrential rains, has its spiritual centre on the banks of the Tunga River, in the evergreen forests of Chikmagalur. The Vidyashankara Temple located here is an architectural marvel – its 12 sculpted pillars, each representing a sign of the zodiac, are placed so that the suns rays fall on each successively, in the order of the solar months. The temple also has a paved courtyard. A second temple, built in the Dravidian style, is dedicated to Sharada, the goddess of learning. The Tunga bhadra River flows past the temple, where you can feed the sacred fish along with the devotees.

Best recommended places to stay during your visit to Chikmagalur are